Never Re-friend Someone Who Tried to Destroy You - Stonebwoy

Artiste, Stonebwoy, Drops personal advice on how to treat ‘backstabbers’ Stonebwoy has advised his fans to not give people the people that betray them a second chance.

He dropped his subtle counsel concerning the people that try to "destroy others" on his social media page, Snapchat.

The 'Putuu' hitmaker said that although they should be forgiven, the actions should never be forgotten.

“Never ‘refriend’ someone who tried to destroy you. Be Wise!!! Forgive but don’t forget,” He wrote. 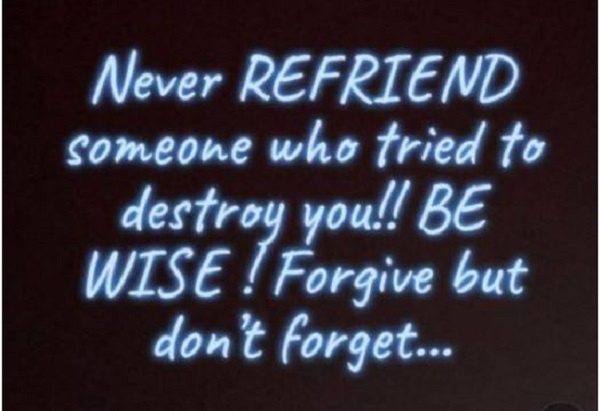 Followers of Stonebwoy would know that the artiste has been through his fair share of betrayal.

Starting from his one-time protege, Kelvyn boy, whose defection was well documented.

Stonebwoy only dropped cryptic messages on social media about how ungrateful Kelvyn Boy before cutting the latter off from his Burniton Music Group in 2019.

Not one to let the media prey on his personal issues, the BHIM nation president didn't give the full details to the public.

He only said, in an interview with Hitz FM, that whoever is closer to him knows that Kelvyn Boy has been ungrateful for some reason.

His revelation was also corroborated by ace broadcaster and fashionista, Kofi Okyere Darko (KOD) who jabbed Kelvin Boy for his act betrayal and ungratefulness.

Although Kelvyn Boy asked for forgiveness, a Stonebwoy never took him back.

Vote for Shatta Wale: Shatta Wale Nominated for “Best Fan Base Award” at the MTV...

"If You Want My Phone Number, Buy Me A Better Phone And...

Tacha Arrives in Ghana, Receives Grand Reception At The...

Criss Waddle and Medikal to feed 500 people in wake of... The Police are yet to comment on the matter. A policeman has been killed in a ghastly shooting spree with armed robbers at Nyankomaso,... Mahama's lawyers want a review of his interrogatories application Residents of Kpambegu appeal for construction of "abortion...

The deplorable road in the Tamale Metropolitan Assembly according to inhabitants...