Fans and followers of Ghanaian footballer, Thomas Partey have reacted to his latest rape allegations. Ghanaian netizens have reacted to these new disturbing allegations leveled against the 29-year-old player that has taken over social media trends.

This follows after there were pockets of rumors about Thomas Partey’s alleged sexual malpractice.

Although the identity of the player was not known after the UK police had reportedly arrested the culprit, they may have feared it was Thomas Partey.

According to new allegations made by some UK women on social media, Thomas Partey raped and forced sex with them.

According to @deffonotchaur, Thomas Partey is a rapist who had sex with her on several occasions.

She had called out Thomas Partey and asked for him to be immediately arrested and jailed.

She wrote the following, ’’Thomas Partey is a serial rapist who has got lucky because the date he decided to rape me whilst we were on holiday together was 10 days before UK law changed allowing UK police forces jurisdiction over crimes committed outside the UK.

Thomas Partey is an ADMITTED rapist No woman can accuse you of raping her and your response is this???? He raped me, left me in bed unconscious then went out to party in Ibiza, came back, laughed in my face, and told me I don’t get to say no to him. Not once said I was lying.

This means that the 2nd incident of rape that he committed against me outside the UK is now not eligible for charges. Not because he’s innocent, not because there isn’t enough evidence… but because I was raped 10 Days before the legislation that would’ve put him in prison changed.

I don’t care about my identity being revealed anymore. Someone leaked a screenshot from my private story last year and off the back of that, I’ve had the vilest, evil messages from people calling me a liar… we’ll see who’s a liar once I post screenshots of him admitting it.

Some are out rightly defending the football player, others have also suggested that there might be an iota of truth because of the concrete pieces of evidence the lady has provided.

Take a look at the screenshots below to know more about how Ghanaians have expressed their opinions about Thomas Partey’s fresh alleged rape saga. 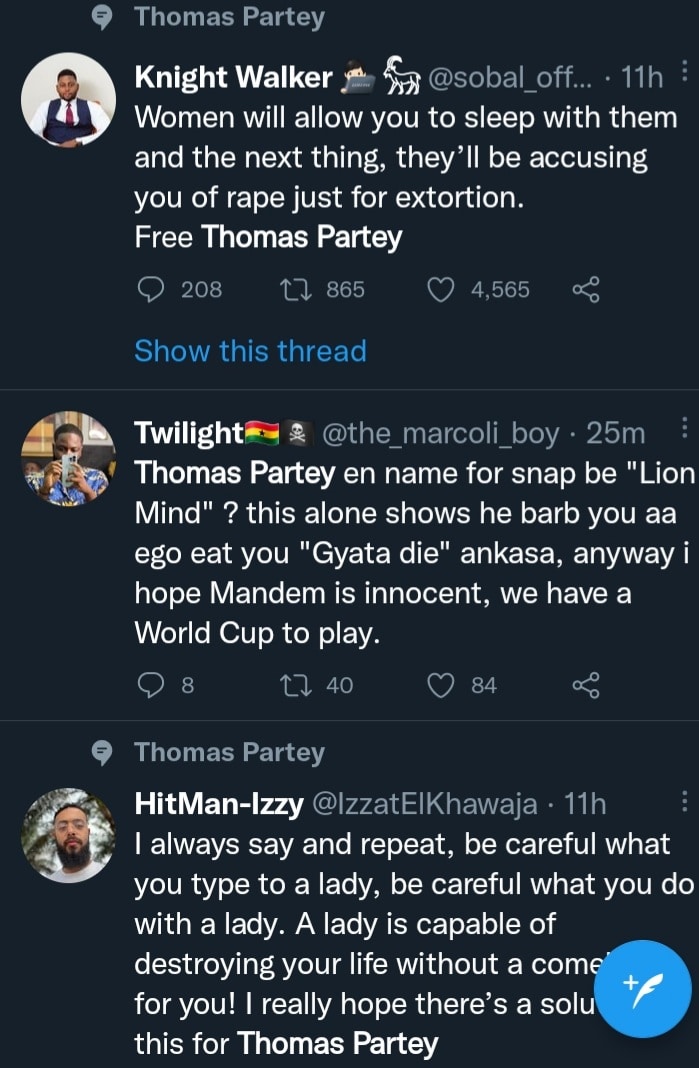 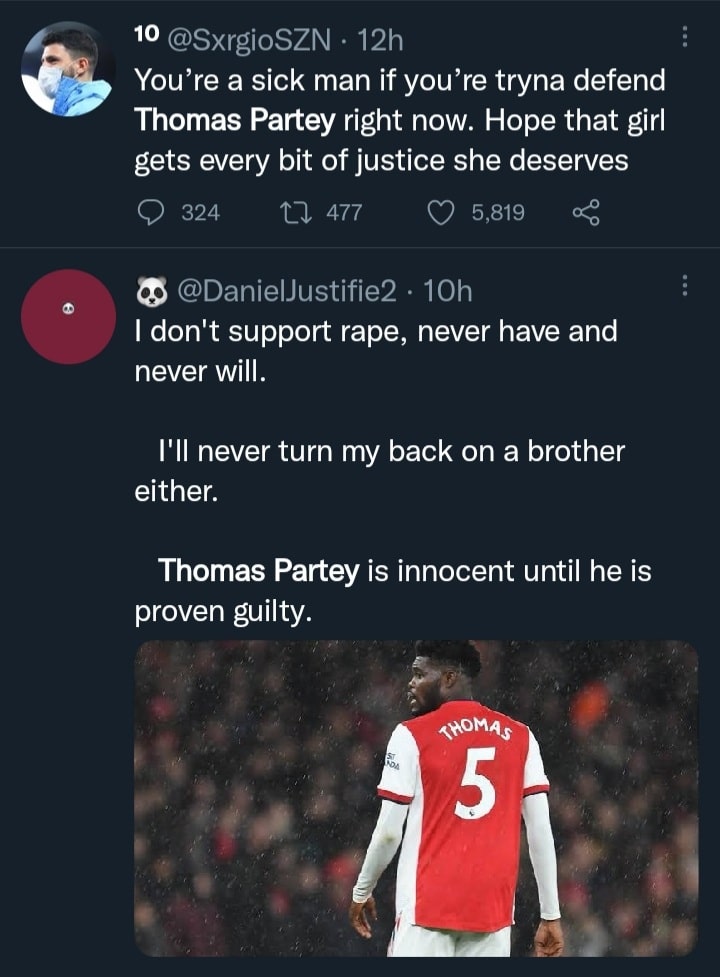 Reports About Fire Outbreak At Achimota Mall Was Only A Simulation Exercise–Ga East...

CEO of Nsuatreman FC and MP of Sunyani West Celebrates... Following his emergence as Head of House, Chizzy, a Rider (Biggie’s agent), chose...