The face to face conversations between Mercy and Tacha was really a deep but hot one as both stars bared their minds on the rivalry existing between them. Both reality stars reached the agreement during a heartwarming session with BBNaija host Ebuka on Day 11 of the show’s reunion.

The face to face conversations between Mercy and Tacha was really a deep but hot one as both stars bared their minds on the rivalry existing between them. 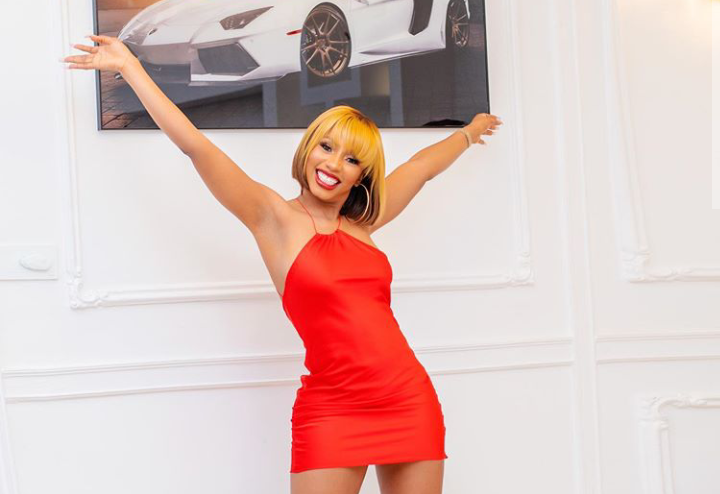 Ebuka who officiated their conversations touched every aspect of their rivalry, beginning from their stay in the house, down to their faceoff after they left the house, both on social media and offline.

Talking about their perceived rivalry, Tacha revealed that Don Jazzy stepped in, asked her to be cool with Mercy and follow her as well since they both work for same brand but when she agreed and tried following her on social media she noticed Mercy blocked her.

Mercy however agreed she blocked Tacha but said she did it because she’s always throwing shades at her online.

Tacha then denied and said she has never shaded Mercy and blamed it on her management.

At the end of the show, Tacha pleaded with Mercy to unblock her while Ebuka appreciated them for agreeing to settle their differences off camera.

During the Day 11 of BBNaija’s Pepper Dem Reunion, Mercy also made a shocking revelation that she and Tacha are friendly and even talk on phone outside social media.

She admitted she loves Tacha but abhors her social media lifestyle.

They also talked about the Insta Live session they had with Ubi Franklin and all that played out.

Talking about ending their rivalry, Mercy insisted she would only settle with Tacha offline and off camera because she feels whatever Tacha is saying is just for the camera.

Tacha agreed and even said she would love it if they both go on a Live session on social media soon.

"I Would Love to Visit Nigeria"- Lil Wayne

the Farmers bemoan that, the lack of storage facilities for the farm produce have...

UEFA CL: Ansu Fati and Suarez start for Barcelona at the...

Alcacer plays against his former club

VIDEO: Year of Roads: Rehab of some selected Asokwa roads...

The Member of Parliament for the Asokwa Constituency, Hon. Patricia Appiagyei has...

About 500,000 persons engaged in Nigeria’s social investment programme N-Power will...

Georgina Onuoha has divulge her journey to greatness.

Ejiro Emokinovo, who was the lead vocalist of a popular singing group, Veentage...

The Hiplife artiste revealed that he went exactly through what he saw in a dream...