Recall that, most celebrities hide their children loved ones from the internet because of bullies som many Ghanaians were shocked to see the faces of all the kids of the Ghanaian soccer legend for the first time.

Apparently, the lucky children share a striking resemblance with Asamoah Gyan therefore one doesn’t need the help of a soothsayer to know that they are biologically his.

Honestly speaking, the eldest is his exact "photocopy ". He resembles Asamoah Gyan a lot.

The two others took to the beautiful face of their mother. The football star posted on social media to let the public see his children.

The man himself Asamoah Gyan could be seen in the family picture. Old Boy was wearing a nice pair of jeans and shoes to match. He also wore a cup designed with a blue American flag.

Check out some of the positive comments gathered under the lovely pictures.

@Aksulleyman – Your blood is strong, no need for DNA legend

@Broeknheart 490 – You have a nice family legend 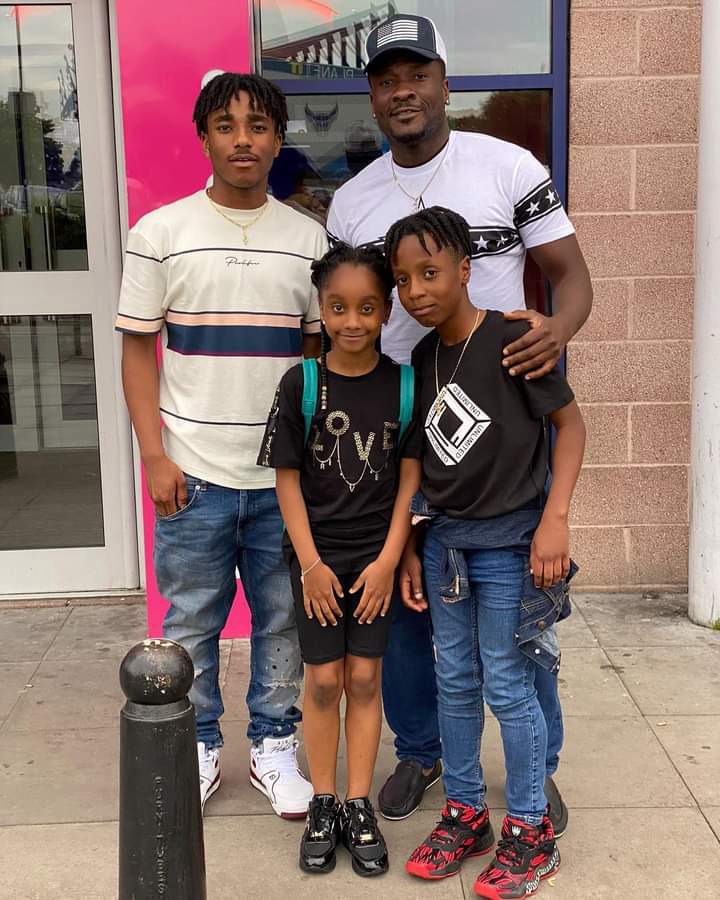